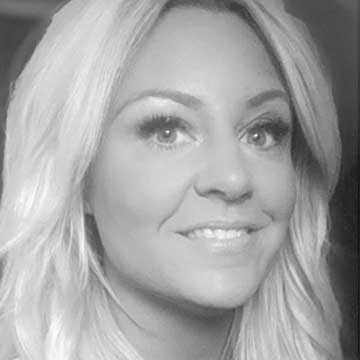 Sydney Faxon Trout was raised in Anderson Township by her single father, Spence Faxon. She attended both Wilson Elementary and Turpin High School. In fact, Sydney first met her late husband, Greg Trout, in the eighth grade in Turpin’s cafeteria.

Sydney’s father founded Energy Alliances while balancing the business with his full-time duties as dad. Sydney began contributing to the family business at an early age and worked for the company in multiple positions during her late teen and college years.

After graduating from Turpin, and spending a year working for her father’s business, Sydney went on to earn a Bachelor of Science in Communication Studies from Ohio University and a Master’s degrees in Community Counseling and School Counseling from Xavier University.

During her time at Xavier, Sydney worked as a research aid and served as the Secretary of Xavier University’s Chapter of the National Counseling Association, Chi Sigma Iota. She also presented at Ohio Counseling Association events and completed a grant that funded graduating Cincinnati Upward Bound students headed to college with clothing, computers, and printers. She was published in Xavier’s magazine and was active in the counseling community.

Sydney then began working at Turpin High School as a school counselor, in addition to being a member of the district’s crisis flight team.

Sydney’s time at Turpin ended when she joined her father at Energy Alliances. Sadly, Sydney’s father passed away a little over a year later.

Sydney moved forward with his vision of energy cost management, and his passion for helping non-profit groups, human needs customers and local residents. Through her enthusiasm and dedication, she expanded Energy Alliances, which became the first Woman Owned Business to manage the City of Cincinnati’s natural gas and electric aggregation programs.

Today Energy Alliances manages the energy aggregation programs for over 40 communities in Ohio, including Anderson Township, and works for many nonprofits,religious organizations, small and large businesses locally. Energy Alliances is the selected natural gas consultant for the OASBO, the Ohio Association of School Business Officials.

Sydney and Energy Alliances continue to focus on donating generously to local community and school programs and she has consistently given back to her community at Forest Hills. She has participated, contributed, sponsored and ran a booth at the forest hills 5k annually since 2017. Additionally, she has brainstormed with foundation partners on mental health awareness in the district.

Most importantly, she grieves the losses the Forest Hills Family has endured. She has lost two family members to suicide including her stepbrother Brian Phillips (THS class of 2007) and her late husband Greg Trout (THS class of 1998). Her love for the families she served during her time at Turpin and the outstanding education the district offers motivates her to continue to contribute to the community and school district.