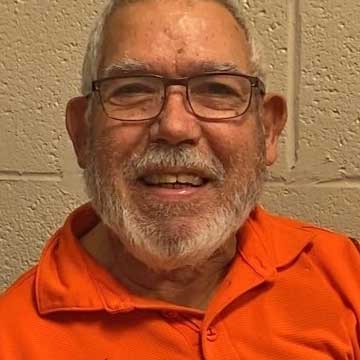 Stanley Jones was a dedicated student & is currently an integral part of the Anderson High School Athletic Department for the last 59 years. That is INCREDIBLE!!!

Stanley worked & retired from Senco Products after 36 years of service. While holding down a full time job, he still found time to make HUGE contributions to the Forest Hills School District & the Anderson Township Community. Stanley has had his hand in so many different areas in Forest Hills. During these years one of his greatest accomplishments was in the 1980’s, he was one of the original founders of Anderson Community Television.

Stanley is at every athletic event & is the first to arrive & the last to leave, setting up & taking down events. He is one of the main cogs that has allowed the Anderson High School Athletic Program to run so efficiently & successful over the years. Stanley is devoted to the Anderson Township Community in so many different ways & his main contributions are to benefit the kids!!! There is nothing that Stanley won’t do for anyone. He is one of the most kind-hearted individuals out there & everything he does is to benefit the people around him!!!

He is seen at every event as he works tirelessly in front & behind the scenes but with no attempt to gain notoriety. The countless hours he spends at AHS athletic events are to ensure that all athletes and students have a safe environment to compete in & that all fans have a safe environment & an enjoyable experience!!! He is a FRIEND TO ALL as he greets a “GOOD MORNING” to all, no matter what time of day!!! We PRIDE ourselves at Anderson High School as being a FAMILY & Stanley Jones is without a doubt one of the most RELIABLE, TRUSTWORTHY, DEPENDABLE & LOYAL family members anyone could ever have.