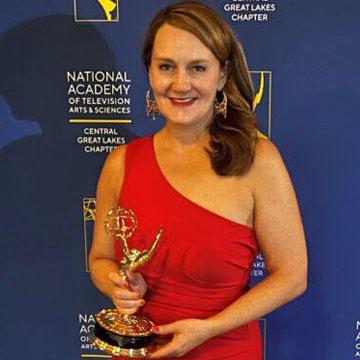 Kara Kenney is an investigative journalist with WRTV, the ABC affiliate in Indianapolis, and she has been digging for the truth for more than 20 years.

Her investigations have resulted in four changes to Indiana law including improving background checks for school contractors, more accountability for how schools report bullying incidents, radon testing in schools, and a law that requires more transparency in school superintendent contracts.

Her investigations have earned her 11 Emmys, an Edward R. Murrow award, the Richard Dreihaus Investigative Award from the Better Government Association, and numerous awards from the Associated Press and the Society of Professional Journalists.

Last year, Kara won the Spectrum Award from the Indiana Broadcasters Association for her investigation “Crisis on the Creek,” as well as 1st Place for Investigative Reporting from the Society of Professional Journalists.

In 2018, she was named Indiana’s Best Reporter by the Associated Press.

She was also named Journalist of the Year in 2012 by the Indiana Society of Professional Journalists.

Kara also serves as the secretary for the Society of Professional Journalists board for the Indianapolis chapter. She volunteers for Prevent Child Abuse Indiana and also serves as her neighborhood crime watch captain.

Before joining WRTV, Kenney worked as an Investigative Reporter for WBBH-TV in Fort Myers, Florida where she worked on a series called “Tracking Your Tax Dollars”. Before that, she worked for WSJV-TV in South Bend, IN and WAOW-TV in Wausau, Wisconsin.

Kenney is a 2001 graduate of Indiana University’s School of Journalism.