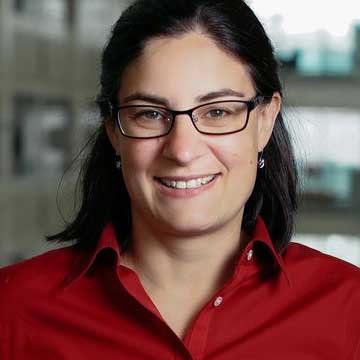 Prof. Amy Connolly grew up in Summit Estates and was a 1992 graduate of Anderson High School. She attended Purdue University where she earned a B.S. in Physics, and went on to earn her PhD in Physics from the University of California, Berkeley, where she performed a search for the Higgs boson in data from the proton-antiproton collider at Fermi National Acceleration Laboratory where she worked while completing her PhD until 2003. After her PhD she was a postdoctoral researcher at University of California, Los Angeles, and then a Royal Society Fellow at University College London, in an emerging field aiming to use radio techniques to detect extremely energetic cosmic neutrinos.

She has been a professor at The Ohio State University since 2010 where she plays a leadership role in two different Antarctic projects using radio techniques for neutrino detection, the NSF-funded Askaryan Radio Array (ARA) that searches for neutrinos from in the ice at South Pole and the NASA-funded PUEO that scans the ice for neutrinos from a ~40 km altitude balloon. Connolly initiated a program at Ohio State called ASPIRE where high school women experience physics research first-hand, and her research group is heavily focused on mentorship of undergraduates in research.