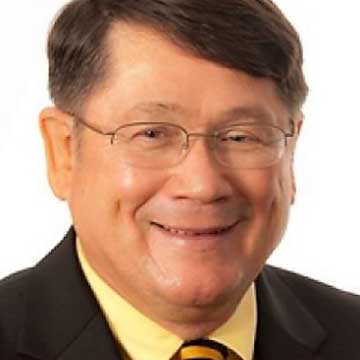 A first-generation college student, Dave Merriss attended Cumberland College where he lettered in cross country/track before earning an Army ROTC scholarship and later becoming a Distinguished Military Graduate of the University of Tennessee (UT).

Dave’s 27 years of active military service but especially as a joint staff officer in Europe, and USACIDC battalion commander – where he was the Army’s on-site senior criminal investigative representative during the Oklahoma City bombing investigation, recognized him as a highly respected decorated military leader and mentor.

Equally impressive are his civilian contributions that occurred throughout his 22-year career in higher education where he served in a wide variety of key leadership and social work teaching positions primarily at NKU that made a lasting impact in the enrollment, student experience, academic social work education retention and graduation of countless students but especially for veterans and family members transitioning from military service. Dave founded and led the campus-wide Veteran Advocacy Committee, Veterans Resource Station and award-winning student veteran organization that resulted in the only national rankings as a Best for Vets College in the Tri-State.

His civilian education includes B.A. in American Cultural Studies from University of Tennessee (UT), an M.S. degree from Texas A&M in Business Management, and an MSW degree from Northern Kentucky University (NKU).

In 2020 Dave was selected to the UT Army ROTC Hall of Fame. These days Dave enjoys teaching part-time at NKU and care-giving for his 98-year-old mother. He and his wife Mary enjoy their four grandkids and spending time at their lake house enjoying gardening and boating activities.